Ellie – I think we’d all agree that you’ve had a tough couple of weeks. Two weeks ago, you were an only child. Now you have a baby brother, James, who’s getting a lot of attention – just for being born.

Who wouldn’t scream? (Which you did, quite capably and at considerable length. You have a great set of lungs.) 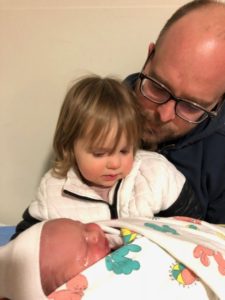 You, in a quieter moment, with your father and your new baby brother on his first day of life.

The funny thing is, you were surrounded by three adults who keenly understand what it’s like to be usurped in the family – your mother, Opa, and me. As oldest children ourselves, we have never really forgotten our own day of reckoning, when a screaming bundle came home from the hospital and wouldn’t leave.

Here’s some family lore and perspective for you:

March 1986. Opa and I brought home a baby from the hospital.That didn’t make your four-year-old mother terribly happy. (I’m trying to think how to describe her mood at the time. I think feral would be an apt description.)

“You know, a lot of little babies are kidnapped,” she said ominously one day. “Nicky might get kidnapped.

“But that would be all right. We could have a new sister named Elizabeth.”

She looked quite pleased at the prospect.

February 1953. Opa, who’d had a great run being the apple of his mother’s eye, wasn’t very pleased when a bald, blue-eyed interloper showed up. All these years later, he swears up and down that he simply liked to start fires — and it was a pure coincidence that one of the fires he started was under his baby brother’s bassinet. 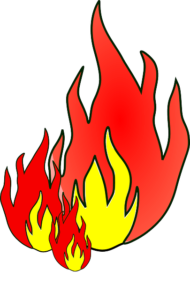 January 1953.I’ll never forget the day my grandparents drove me home and I contemplated a stranger in the house.The new kid – who everybody raved about – couldn’t walk or talk or do anything like me. She just lay around screaming or eating or dirtying her diapers. I couldn’t figure out why people showed up to bring her presents all the time. When my mother’s back was turned, I usually tried to pinch her.

I think an occasional pinch is  much more mature than attempted arson.Your grandfather doesn’t agree.

Today: Okay, here’s an update from our past. All of us three older siblings managed to survive being upstaged. All three second borns, too, managed to hang in there. We all lived through general mayhem and covert (and not so covert) sibling warfare during our childhoods.I, personally, have very strong memories of looking down at my lower arms which were often scratched and bleeding from my younger sister’s attacks; competition between two sisters takes different forms.

What I can also tell you – believe it or not – is that we are now extremely close to our younger siblings. I can’t imagine life without my sister Ellen, and I’m sure your grandfather would say the same thing about his brother Ward and your mother about her brother Nick.

It’s kind of hard to tell a two-year-old to take the long view, so I won’t. Just don’t be surprised, many years from now, when one of the people you love best in the world is your brother James. 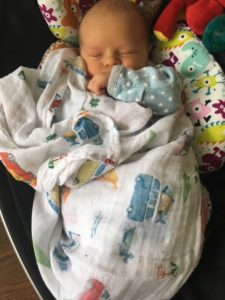